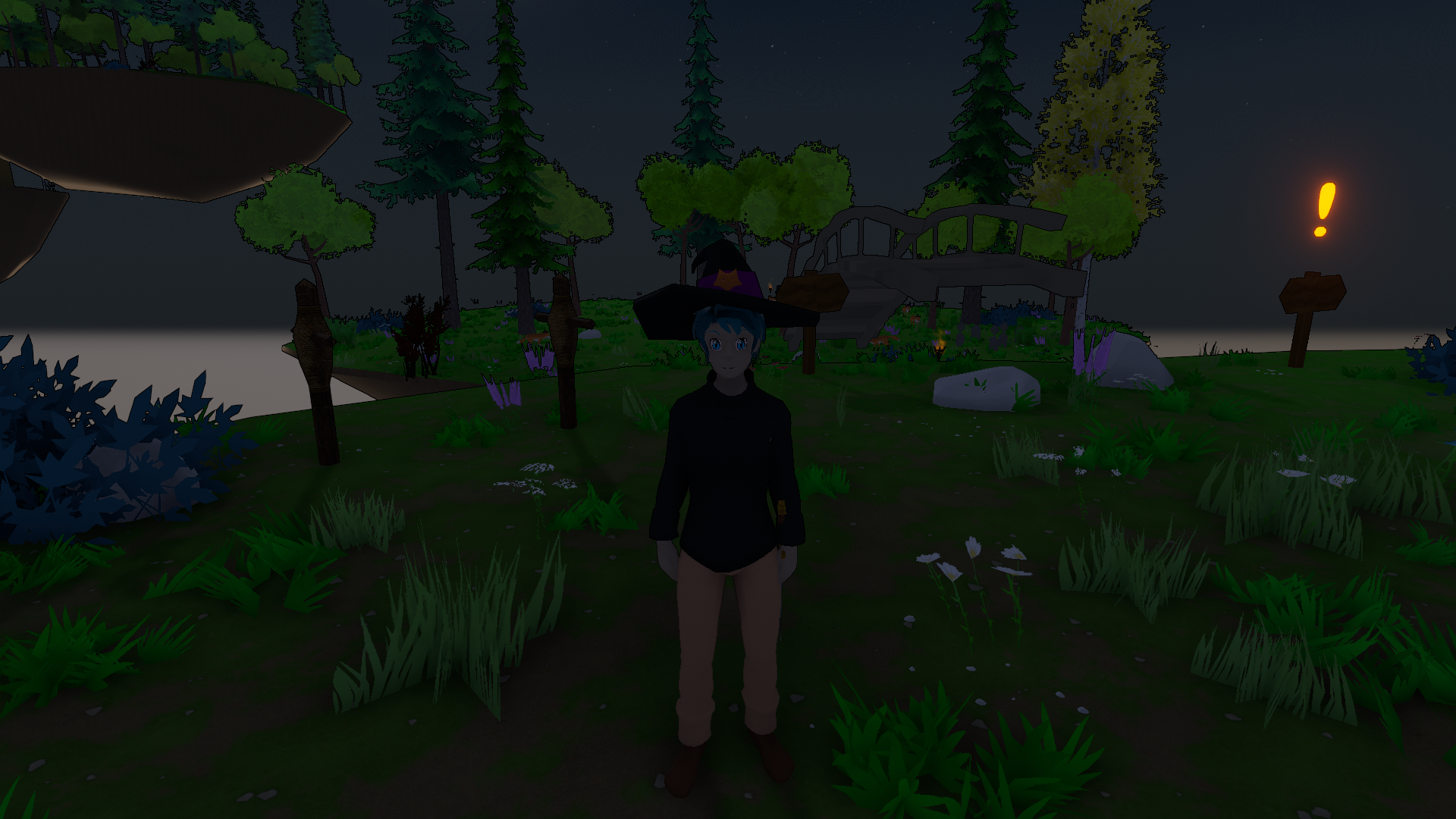 Here comes a spooky update! We changed the fog, added some darkness, and found some foxes.

There is now a day night cycle with weather changes.

The foxes have an updated! They are now dangerous witches and need to be stopped. Make sure to try the halloween quest to get a cool foxy witch hat.

It's the comic's 16th anniversary! You can collect a party hat to celebrate in the town. And make sure to check out the comic if you haven't at http://twokinds.keenspot.com/.

Something is wrong with the MacOs build and is missing at this time. It causes a hard crash for the editor. Hopefully it won't be gone for long. For now the update is for Windows online.

Other Changes And More

This was a bug during development. Very aggressive training dummies.