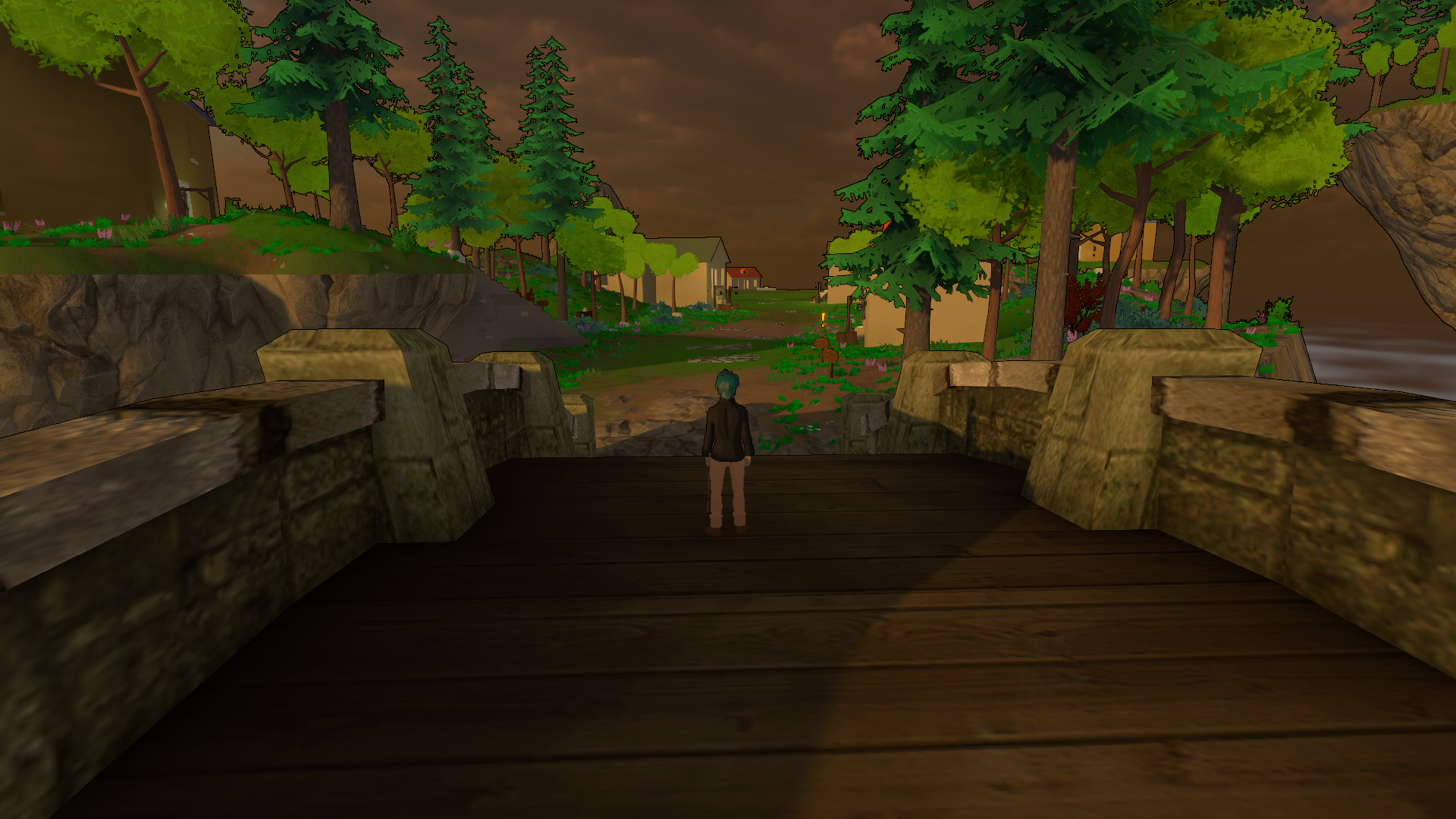 It's update time again! We finally did it, we are at version 0.50.0! It's hard to be sure... but we are half way to release? Here's some of the changes you'll find in the current update.

The Christmas event is over! Check back next year to get Santa's hat. You can throw away any extra presents you've collected. 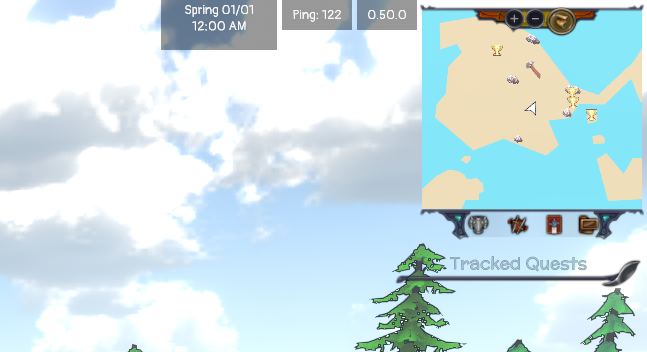 The minimap and world map is here! You can see quest icons, creatures, and crafting resources on the map with multiple zoom levels. The world map is low resolution at the moment but will be improved upon in the future. 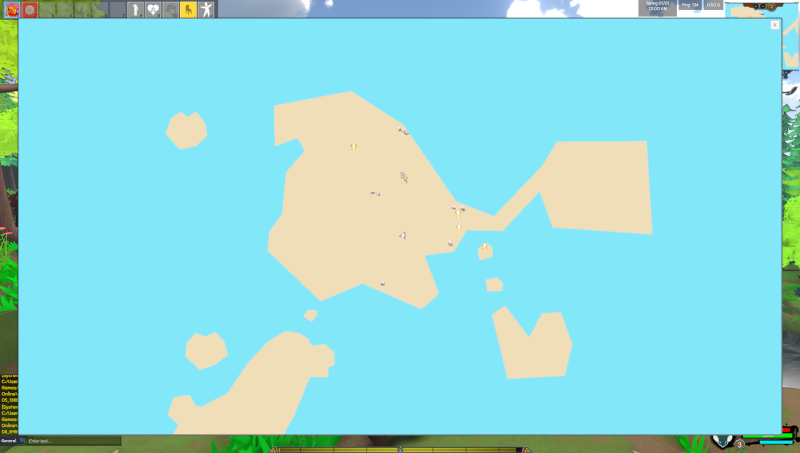 The Islands have shifted again and the town is somewhere else! 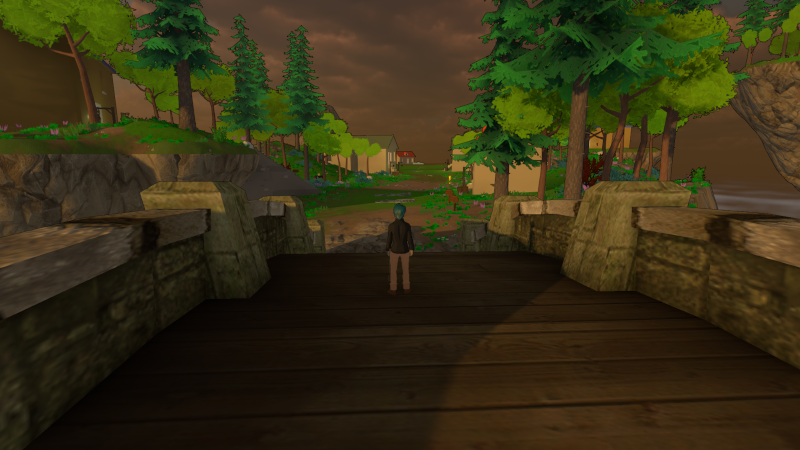 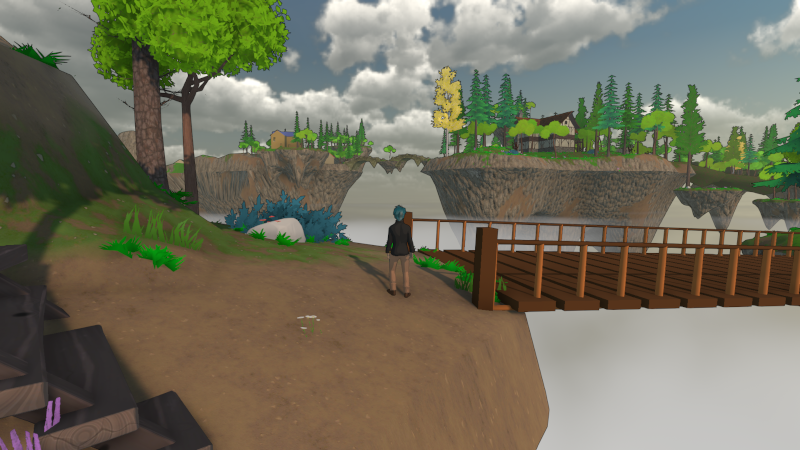 The town from the starting island.

In preparation for the combat changes, some stats have been renamed or added. Here is the current list of stats that will effect your character's abilities to craft, fight, or perform magic. 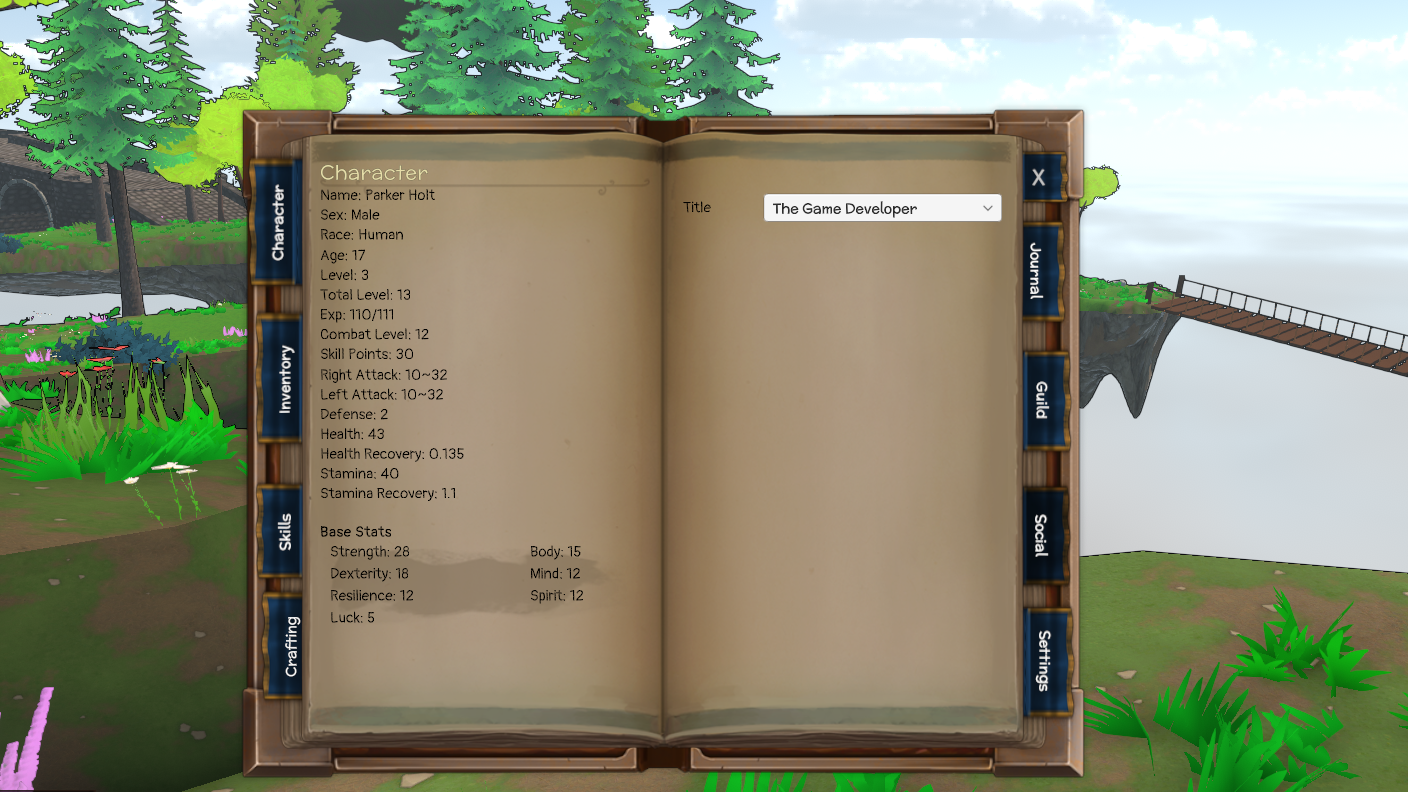 These new stats pair with each other to affect health, stamina, and mana. Health is Resilience+Body, Stamina is Dexterity+Mind, and mana (or magic resistance for basitins) is Strength+Spirit. Humans will have higher Mind, Basitins will have more Body and Resilience, and Keidran will have the highest dexterity.

Big thanks to TrueWolves, our discord moderator, for helping with the stat changes!

Days, months and years are now being calculated, along with seasons! 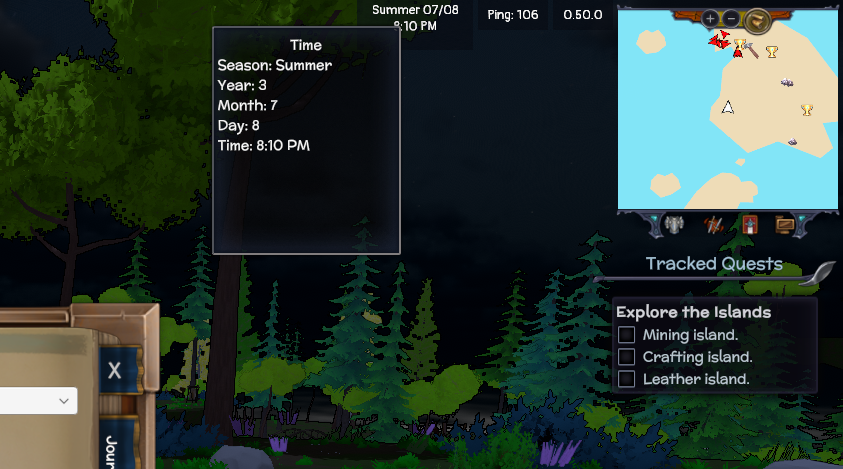